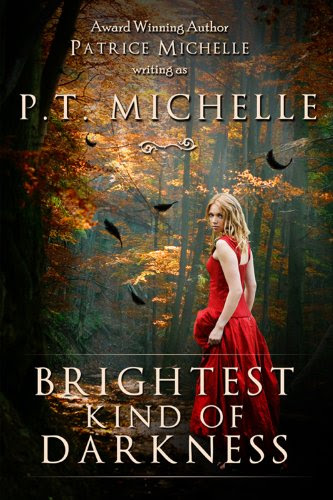 
Nara Collins is an average sixteen-year-old, with one exception: every night she dreams the events of the following day. Due to an incident in her past, Nara avoids using her special gift to change fate…until she dreams a future she can’t ignore.

After Nara prevents a bombing at Blue Ridge High, her ability to see the future starts to fade, while people at school are suddenly being injured at an unusually high rate.

Grappling with her diminishing powers and the need to prevent another disaster, Nara meets Ethan Harris, a mysterious loner who seems to understand her better than anyone. Ethan and Nara forge an irresistible connection, but as their relationship heats up, so do her questions about his dark past.

"How do I fight something I can't see?"
This terrifying, chilling question was something that kept me on the edge of my seat for a good half of this book!

Last year, I attended a philosophy colloquium where we discussed the aspects of destiny vs. free will. It was by the far, the most confusing and 'stimulating' conversation I've ever had. All we did was go round in circles, trying to decide whether we actually had a choice in our lives at all, or if our decisions in life were predetermined. Are we destined to make the wrong choices, or could we have made the right one and continued life in an alternate universe?

But that's not really the point is it? Whether or not our days have already been outlined for us, we, as the individual pieces on the chessboard, don't know what will happen.

So, how do you go about fighting something already predestined, from a dark, intangible shadow?

Nara's little 'knack' for seeing ahead of her day obviously has her advantages. She knows what to do, and what not to do. She knows which route to take to school, which pair of shades to wear, and the direction the ball's going to shoot for goal. But when Ethan comes along, well...

My feelings for Ethan are a little mixed. It was hard to like him in the beginning, because their love story was such the typical 'we-share-a-big-secret-therefore-we-love-each-other' relationship. It makes me wonder if Ethan would even give Nara a second glance if he hadn't been stealing her dreams (but then again, this whole book was predetermined by P.T. Michelle, so who I am to questions the what-ifs of these fictional lives?) Their romance does develop better later on, but it took me a while for me to stop believing they weren't totally complete strangers. It sort of jumped from Ethan being 'that lonely guy with a bad past' to 'we can't keep our hands off each other'(not literally!); I just felt like there was no gradual growth. Regardless, there were still times where my cheeks hurt from smiling that goofy grin when they get cute!

This book had me shivering and gasping. It was all kinds of creepy and disturbing. Even now, I'm trying to shake off the chills, because there's nothing that frightens me more than invisible sources moving, influencing physical objects. I'd rather look at the monster's hideous face charging at me than be attacked by something I can't see. So I commend P.T. Michelle for writing the creepy scenes so well, as much as I want to crawl into a ball and never leave my safe haven. I vow to never read these types of books alone in the dark again! Hovering shadows and devilish fates? I know I'd break if I was in Nara's position.

She was strong through the entire book. She did what she believed was right, and had the guts to stand up to the horrific Fate. Even though some of her decisions were stupid and aggravating, I know I would've done none different. I loved that I didn't find myself getting really annoyed at her (which is happening way too often with the MC's these days).

See how mind-boggling that is?! I really hope that whole Fate dilemma will be explained further in the next books. I'm really looking forward to the novella, Lucid, coming out soon (COVER REVEAL: February 1st!).

I recommend this to: Paranormal/romance & urban fantasy readers, and fans of The Unbecoming Of Mara Dyer.

For me, being surprised was like wearing my best friend's favorite shirt; cherished for its borrowed uniqueness.