Cover Reveal: Through These Wicked Nights by Pixie Lynn Whitfield

Through These Wicked Nights by Pixie Lynn Whitfield
The Guardians of the Night #2
Expected Release Date: January 8th, 2013
Add to Goodreads 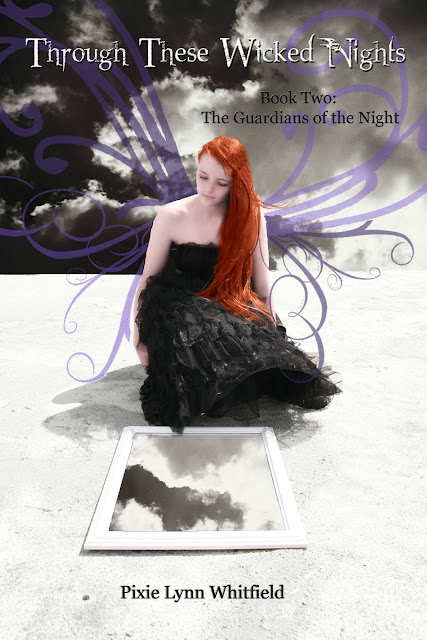 The world isn’t the same anymore. Not since humans discovered vampires are real. Zarah and her new team of Guardians barely escaped and are in hiding. What once was her job of protecting them, now she is stuck cowering away as a new threat emerges from the humans: Hunters. War is approaching. To add to her list of growing problems, a group of Fallen have been living in The Compound. Seth is one she can't seem to resist. He teaches her a lot about the side of her she's never known about until recently. Draven has grown cold and distant again since the battle with Nathanial, and she is left feeling conflicted. These are the least of her worries though. Something else is up. A video is discovered with a shocking revelation, and Zarah has a feeling things are about to go haywire.

Everything is crashing down around her. If she doesn't do something soon, they all will suffer the consequences. Even if it means destroying her beliefs and extinguishing what little compassion she has left. 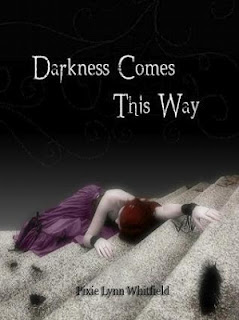 
Zarah Duncan is a Guardian. It’s an elite job that protects humans and the untainted vampires from the real monsters: those lost to the bloodlust. Rogues infest the city. Missing humans, unsolved cases…Zarah knows what the real cause is and she’s been trained since childhood to destroy them.

But she has a haunting past that catches up one day. Zarah was Rogue once, and until her, no one else has ever cured from the poisoned state of mind before. She’s been labeled a miracle, and the mystery only builds. She gets the awful feeling there’s more to it than just a lucky magical come-back. There are deep, dark secrets being kept. Maybe her boss Nathanial knows something? When she gets paired with a partner, Draven Kinsley, it only adds more difficulty. He hates her and swears that with a single look, she’ll poison him. To make matters worse, her Rogue brother has to show up, and he brings with him a shocking announcement. What Zarah learns from him rocks her entire world upside down. She not only begins to question who and what she is anymore, but it can possibly change the Vampire race forever.

The scary part: someone else knows too…and they’ll do anything to get her special blood, spelling disaster for the humans that Guardians have secretly been protecting for decades.

Thanks for stopping by!! I hope you loved the cover like me :D