(Review) Meant to Be by Lauren Morrill 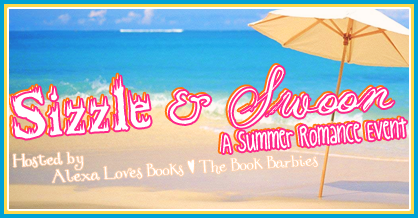 Welcome back to Sizzle & Swoon! Today, I'm reviewing a fantastic YA with a great romance. Head over to Alexa Loves Books to see our go-to YA authors. 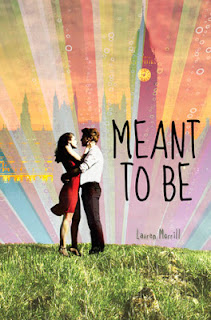 
Summary: It's one thing to fall head over heels into a puddle of hazelnut coffee, and quite another to fall for the—gasp—wrong guy. Straight-A junior Julia may be accident prone, but she's queen of following rules and being prepared. That's why she keeps a pencil sharpener in her purse and a pocket Shakespeare in her, well, pocket. And that's also why she's chosen Mark Bixford, her childhood crush, as her MTB ("meant to be").

But this spring break, Julia's rules are about to get defenestrated (SAT word: to be thrown from a window) when she's partnered with her personal nemesis, class-clown Jason, on a school trip to London. After one wild party, Julia starts receiving romantic texts . . . from an unknown number! Jason promises to help discover the identity of her mysterious new suitor if she agrees to break a few rules along the way. And thus begins a wild goose chase through London, leading Julia closer and closer to the biggest surprise of all: true love.

Because sometimes the things you least expect are the most meant to be.

I wanted to like Meant to Be the second I saw it. The cover is just so bright and happy! It has what I like to refer to as the "Lizzie McGuire Movie Factor." Class trip to a foreign country? I am SO there. And I'll probably love it. Which I did!

Meant to Be was a ton of fun. From the attention-grabbing intro, I knew I was going to love having Julia as a narrator. She was very relatable, and she matched my sense of humor very well. She was hilarious. I don't think I've enjoyed a narrator that much since Jessica Darling. Which is interesting, because they're so different, but it's true.


I’m Julia Lichtenstein, and even though I alphabetize my bookshelf and have, from time to time, quoted Dante at swim team dinners, I can have fun!

Thanks to her, Meant to Be was so incredibly quotable! I haven't saved this many quotes from a single book in a long time. I literally have an entire page of 11 pt Cambria filled with quotes from this book. And each one is magnificent. I want to have this one made into a t-shirt, because it's so true:


There’s a difference between preferring books to parties and preferring sixteen cats to seeing the light of day.

Then we have Jason. I could see why some people would have problems with him, but I loved him a lot! I lovelovelove that he wasn't this mature, wise-beyond-his-years, uber brooding and sexy, 30-year-old stuck in a 17-year-old's body. Not that I have a particular problem with those, but they sometimes get a little old. It was so refreshing to have a romantic storyline centering around a totally normal 17-year-old boy. He sometimes did stupid things, but he was ultimately a good guy.

Plus, I was just having a conversation a couple days before I started this book, about the lack of redheaded guys as main characters. It's fairly common for the girl or woman, but apparently the most guys are allowed to have if they want to qualify as "sexy" are auburn highlights that come out in the sun. So Jason was all about breaking the stereotypes in more than one way! Which is always something I appreciate in books.

As for the plot, it was pretty entertaining! I actually thought the "mystery texter" was going to be a super obvious person, from the second I read the cover blurb. But it wasn't! So I was actually left wondering for a lot of the book, which was nice. Really, my only complaint about this book is the ending. It was way too rushed! I needed at least 5 or 10 more pages. It was fairly underwhelming and needed a little more resolution for some things. It was sweet, though.

Overall, Meant to Be was a thoroughly enjoyable story! I had so much fun reading it. There were nearly as many swoons as there were laughs! And there were a lot of laughs. I will most definitely be looking for more from Lauren Morrill in the future.

There are certain things in life that just suck. Pouring a big bowl of Lucky Charms before realizing the milk is expired, the word “moist,” falling face-first into the salad bar in front of the entire lacrosse team...
As a rule. And I really don’t like breaking rules. (It’s kind of one of my rules.)
Why does everyone think a girl who prefers books to people must be in want of a life?
[translation from text speak to English mine]
“Yeah, that’d be fun,” I say, hoping my voice sounds appropriately enthusiastic without too much of a tinge of OMGYESPLEASERIGHTNOW!